On February 18, the Quebec Gay Archives ended its very successful 2018 fundraising campaign with a draw for the work of art generously donated by artist Louise Roy. The draw was held in the presence of the artist, of Jacques Prince, President of the Québec Gay Archives, of Iain Blair, Vice-President, and of Pierre Pilotte, Archives Coordinator. Daniel Arcand, a long time friend of the Archives and supporter of our fundraising campaigns, was the happy winner of the piece of art. During the draw, Louise Robert announced to us that she would be showing her works at ART PARIS show, to be held in the Grand Palais in Paris, at the beginning of April.

Our 2018 fundraising campaign was a great success and we did meet our objective of $20,000.00. We would like to thank all of our donors, as well as Louise Robert and the Galerie Simon Blais (galeriesimonblais.com) which acts as the artist’s agent. 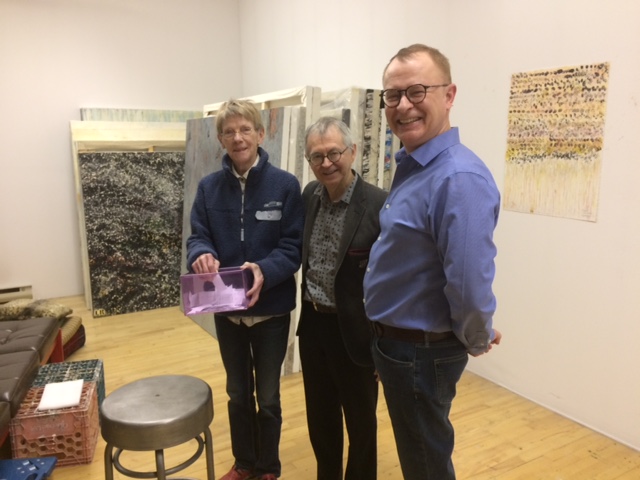 During the draw at the artist’s studio, from left to right: Louise Robert, Jacques Prince and Iain Blair
Photo: Pierre Pilotte 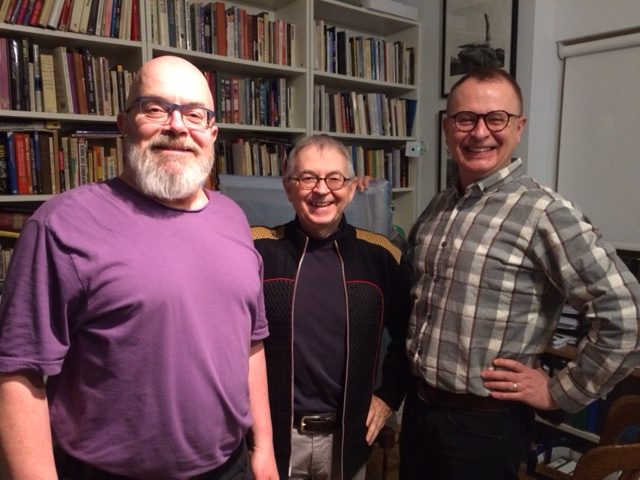 Presentation of the work to Daniel Arcand on the left with Jacques Prince in the center and Iain Blair.
Photo: Daniel Thérien