The members of board and the volunteers of the Quebec Gay Archives wish you a joyous holiday season and a New Year full of peace, love and justice for you and your loved ones. 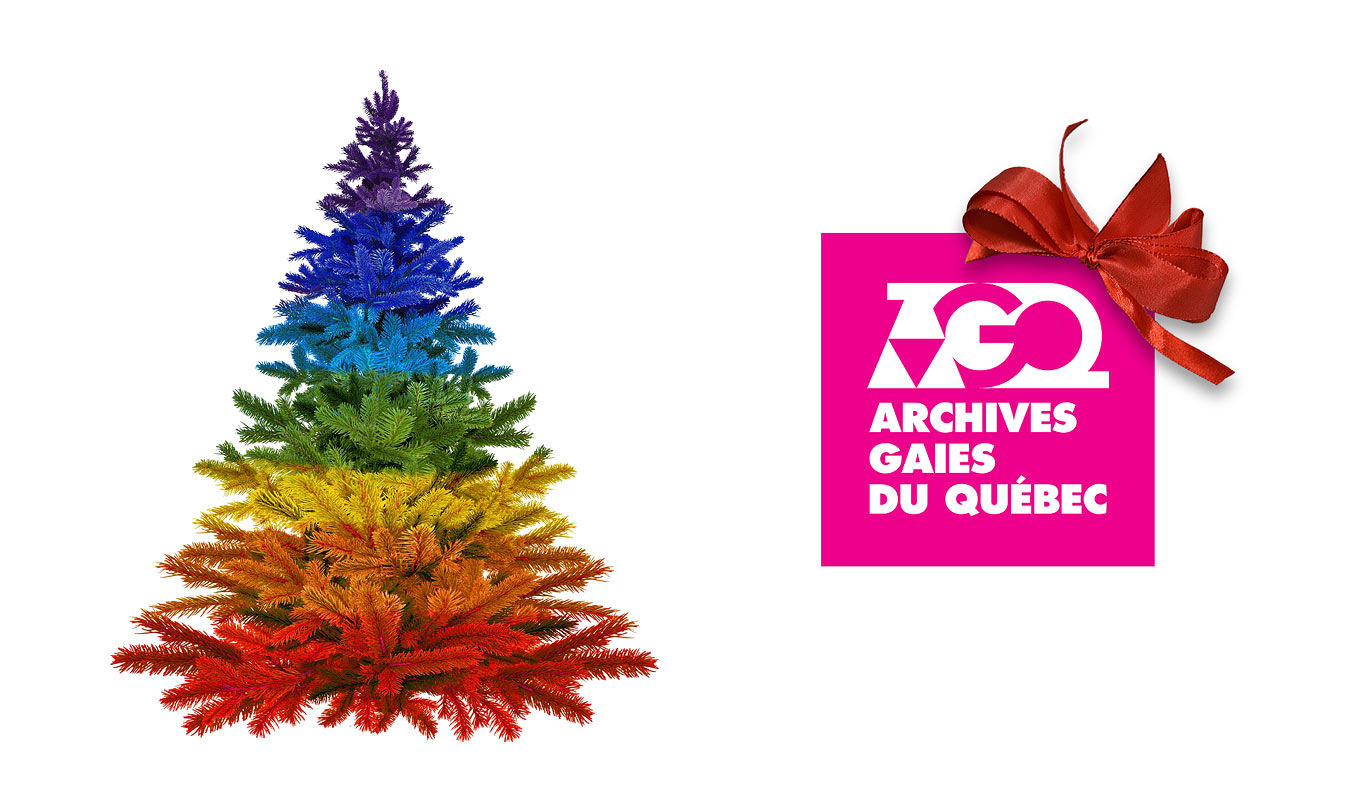 The first ever broadcast of MAMMOUTH took place December 15 2017 on Télé-Québec. This gala organized by and for young people from all regions of Québec had as its goal the highlighting of 20 acts meant to inspire, motivate or change the world. Among the inspiring acts, we take note of three with links to the LGBTQ+ communities, either because of the creators or because of the subject: that of Gabrielle Boulianne-Tremblay, transgender actor well known to the Québec public; Xavier Dolan, actor and director and winner of several awards throughout the world, and finally Yan England, director of the film 1:54 on bullying and intimidation, distributed in several countries. During the broadcast, we also saw an interview with a young trans person. We congratulate Télé-Québec on this initiative.

Ferrin Evans is an undergraduate student at Concordia University, completing a BFA Specialization in Film Studies with a Minor in Sexuality. Over the past decade, he has volunteered with the MIX New York Queer Experimental Film Festival, and he has served as a curator with the festival over the last two years. In his internship with AGQ, he assisted in the cataloguing and organization of film and video libraries. Ferrin’s upcoming work with AGQ involves digitizing important HIV/AIDS video within the collections, a project that he hopes will provide him invaluable experience as he applies to graduate school for archiving and preservation.

On November 28 2017, the Government of Canada, as represented by Prime Minister Justin Trudeau, offered an official apology to the thousands of Canadians who had been imprisoned, fired and harassed because of their sexual orientation, and this up until the 1990s.  An example for other countries to follow in terms of recognition of the rights of LGBTQ+ communities.

Since the summer of 2015 archivist Denis Lessard has been employed on a consultancy basis by the Quebec Gay Archives.  Initially, his mandate was to perform an overview of the archival fonds held by the AGQ  in order to establish priorities and make recommendations regarding their treatment and preservation.  Since December 2015, he has treated some 15 archival fonds according to strict archival standards, replacing file folders and containers by non-acidic conservation materials and by creating classifications schemes and fonds inventories  which will help research and retrieval.  The fonds processed to date include the fonds of the Groupe Homosexuel d’Action Politique (GHAP), of the Androgyne/Androgeny bookstore, the Groupe Gai de l’Université Laval (GGUL), the gay Jewish group Naches, the fonds Peter Flinsch and Bernard Courte, and the fonds of the Association pour les droits des gaie(e)s du Québec.

On this World Aids Day 2017, our thoughts are with those whom we have lost.