Following his public lecture of August 15 2018 at “Quebec Gay Archives at the Cinéma du Parc”, Gabriel Girard offers us the full text of the presentation.
The lecture and film screening, along with the poster exhibition held August 1-31, were part an event celebrating the 35th anniversary of the Quebec Gay Archives. 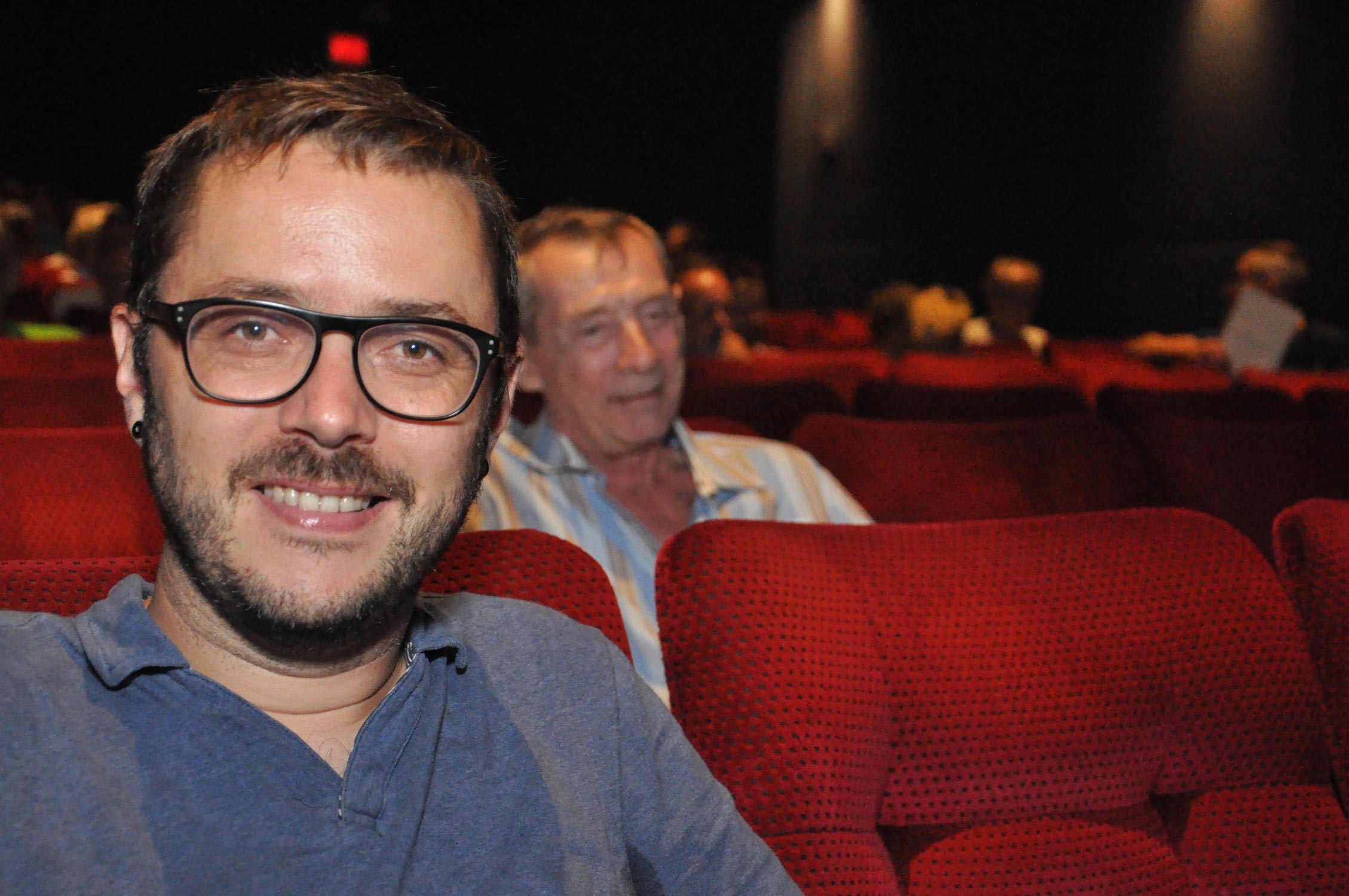 In the forground: Gabriel Girard beofre his lecture, August 15 2018.
In the background: John Banks–member of the Quebec Gay Archives– before the screening of the movie JOHN BANKS, une vie d’engagement during the same event.
Photo Credit : André Bilodeau / Fierté Montréal Pride. All rights reserved.

15 Oct, 2018 At the Écomusée du fier monde: InterReconnaissance (Inter-recognition) with the Quebec Gay Archives and Other Community Organizations

On September 2018, members of the team of the Quebec Gay Archives attended the opening of the exhibition InterReconnaissance – Retracing Struggles for Recognition which will be held at Montréal’s Écomusée du fier monde until February 3 2019.

InterReconnaissance (Inter-recognition) on tour:  After Rivière-du-Loup’s Musée du Bas-Saint-Laurent and the Écomusée du fier monde in 2018, the exhibition will be presented at the Musée POP – La culture populaire du Québec in Trois-Rivières in 2019 (dates to be confirmed). 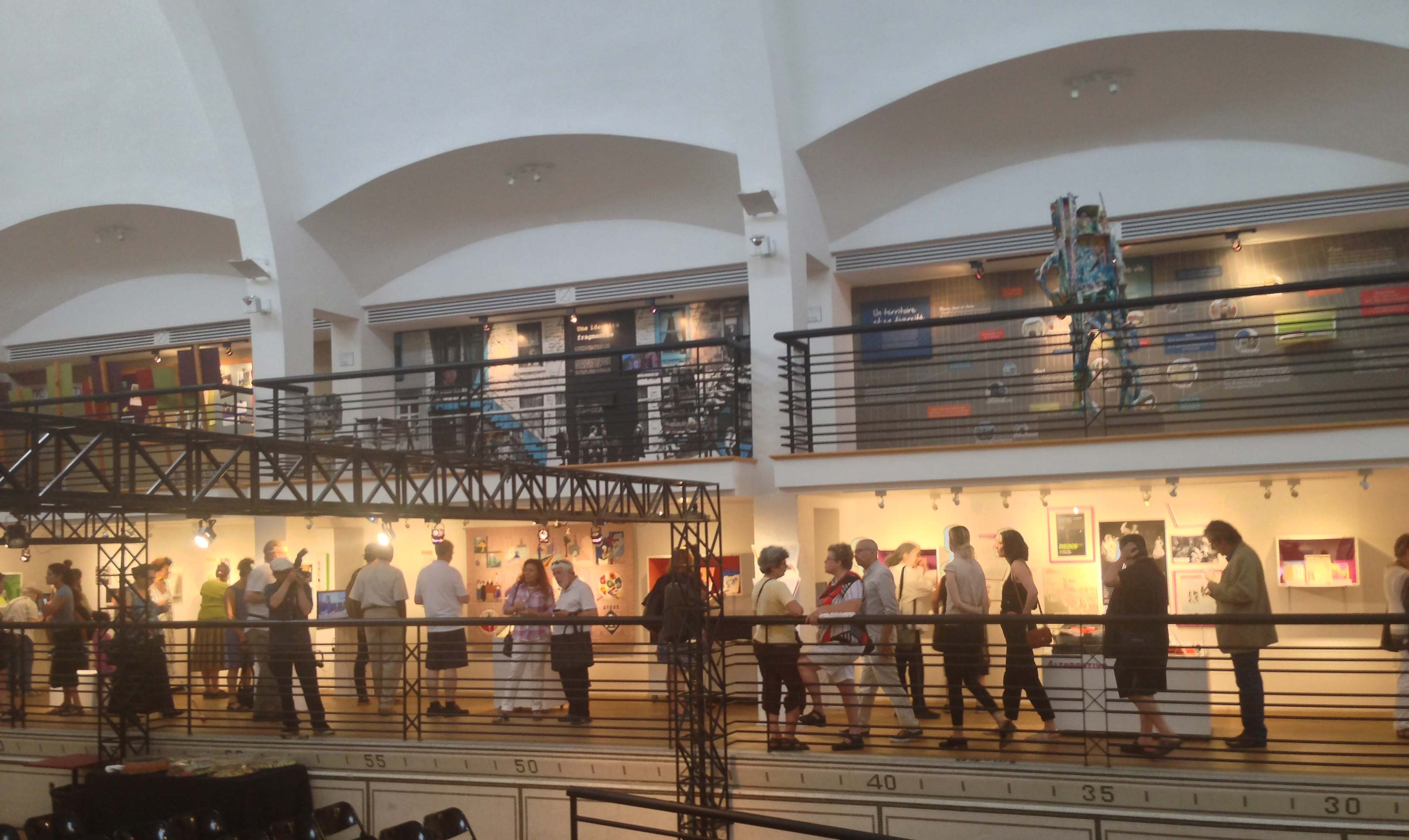 Along with many other national, regional and local organizations gathered in Sherbrooke, the three representatives of the Archives staffed a kiosque under the big tent set up beside the Marché de la Gare and Lac des Nations.

The goal of the Sherbrooke Community Day was to be a family-friendly event welcoming to all and highlighting the community organizations of the Eastern Townships.

FIÈRE LA FÊTE was a unique opportunity for the Quebec Gay Archives to network with other community groups as well as to collect regional materials for our files.  Visitors to our table learned about the history and role of the organization and the richness of our collections.

As Iain Blair, vice-president of the Quebec Gay Archives, summarized:  “A very positive energy and a generally young and feminine crowd.  I think that our participation was extremely positive in terms of visibility”.

02 Oct, 2018 The Quebec Gay Archives and Fierté Montréal: a relationship with results

Once again this year the team of the Quebec Gay Archives took part in several of the activities of Fierté Montréal Pride during the month of August.

The Archives also received a community award from the Fierté Montréal Pride organization in order to produce a new promotional postcard highlighting a photo of the famous Guilda drawn from our collections, a new banner as well as newly designed T-shirts.  Jean Logan, our long-time graphic designer, worked on all of these materials as well as those of the events at the Cinéma du Parc.

The Archives participated, as usual, in the annual Community Day on August 18  with its own kiosk and were well represented in the 34th annual Pride Parade, held August 19th.  Members of the group marched proudly beneath our new banner.

The Quebec Gay Archives thanks Fierté Montréal Pride for its ongoing support.

* You can find the full text (in French) of Gabriel Girard’s lecture on his website: www.gabriel-girard.net/sida-enjeux-de-memoire-enjeux-de-savoirs 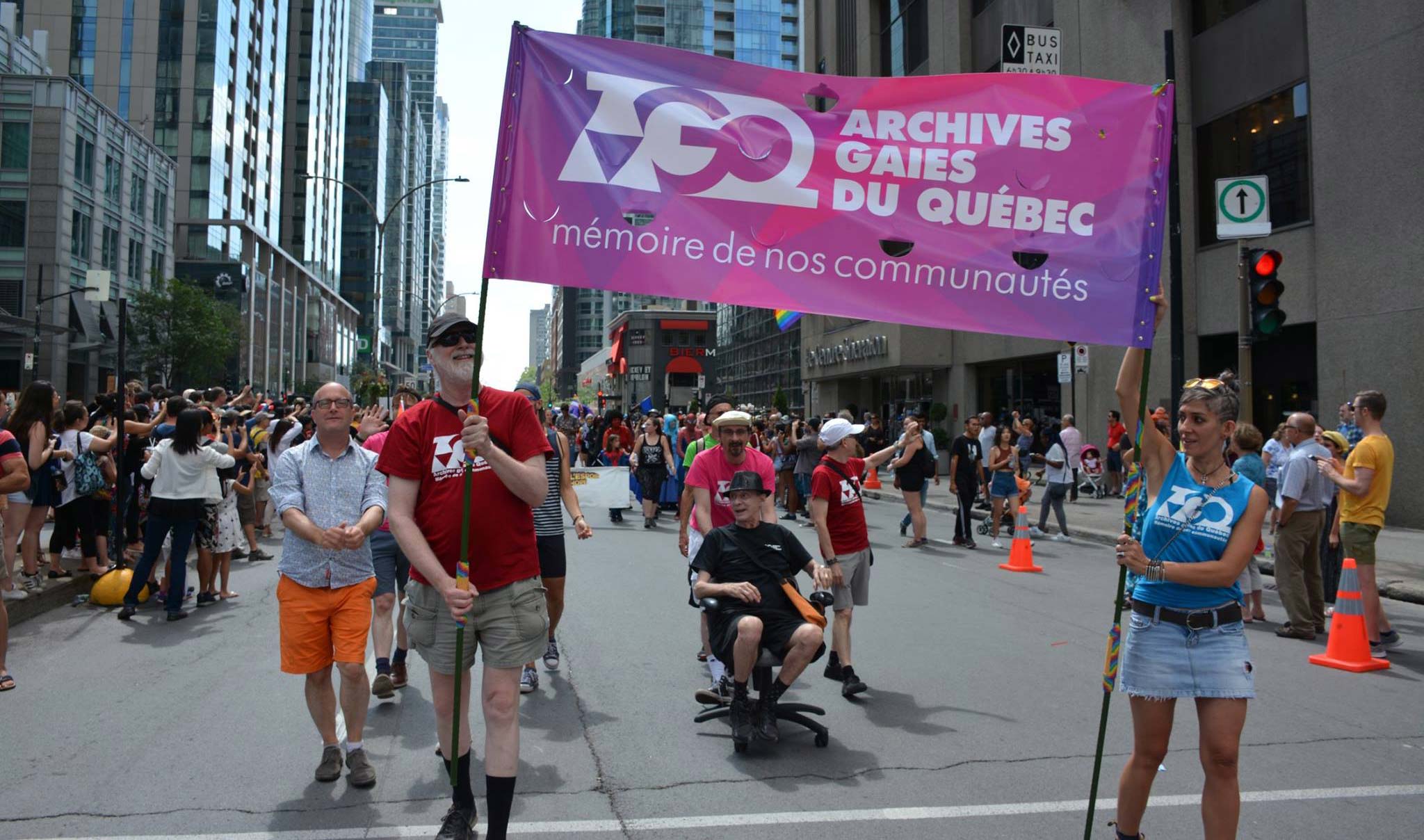