On April 18 2018 Jacques Prince and Ross Higgins, cofounders of the Quebec Gay Archives, were invited to testify before a committee of the Canadian Senate in Ottawa. Their testimony was heard as part of a parliamentary bill to establish a procedure for expunging certain historically unjust convictions relating to consensual sexual activity between persons of the same sex in the mid/late 20th century. Their statements were broadcast in real time. The testimony of Ross Higgins was given in English, while that of Jacques Prince was given in French..

The Ross Higgins and Jacques Prince segment starts at 12:39 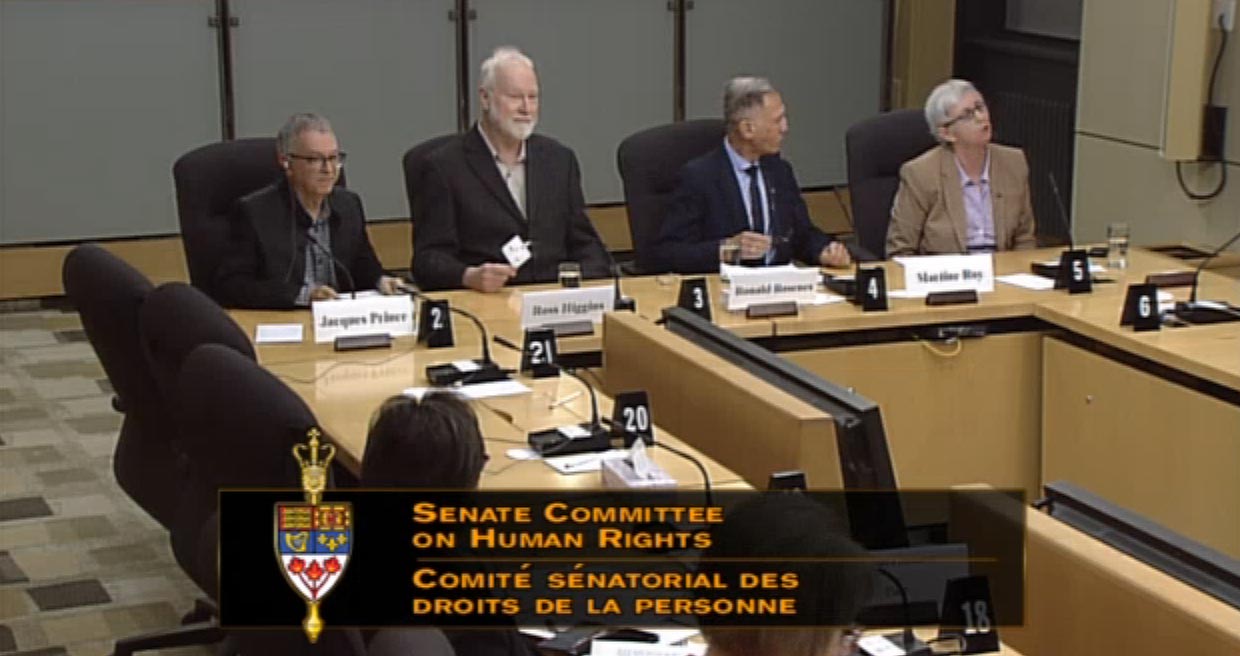