Dr Ross Higgins, co-founder of the Quebec Gay Archives, received on December 19 2018 the Senate 150th Anniversary Medal from the Honorable Serge Joyal on behalf of the Speaker of the Senate. Dr Higgins received this commemorative medal in recognition of his years of service to the community. 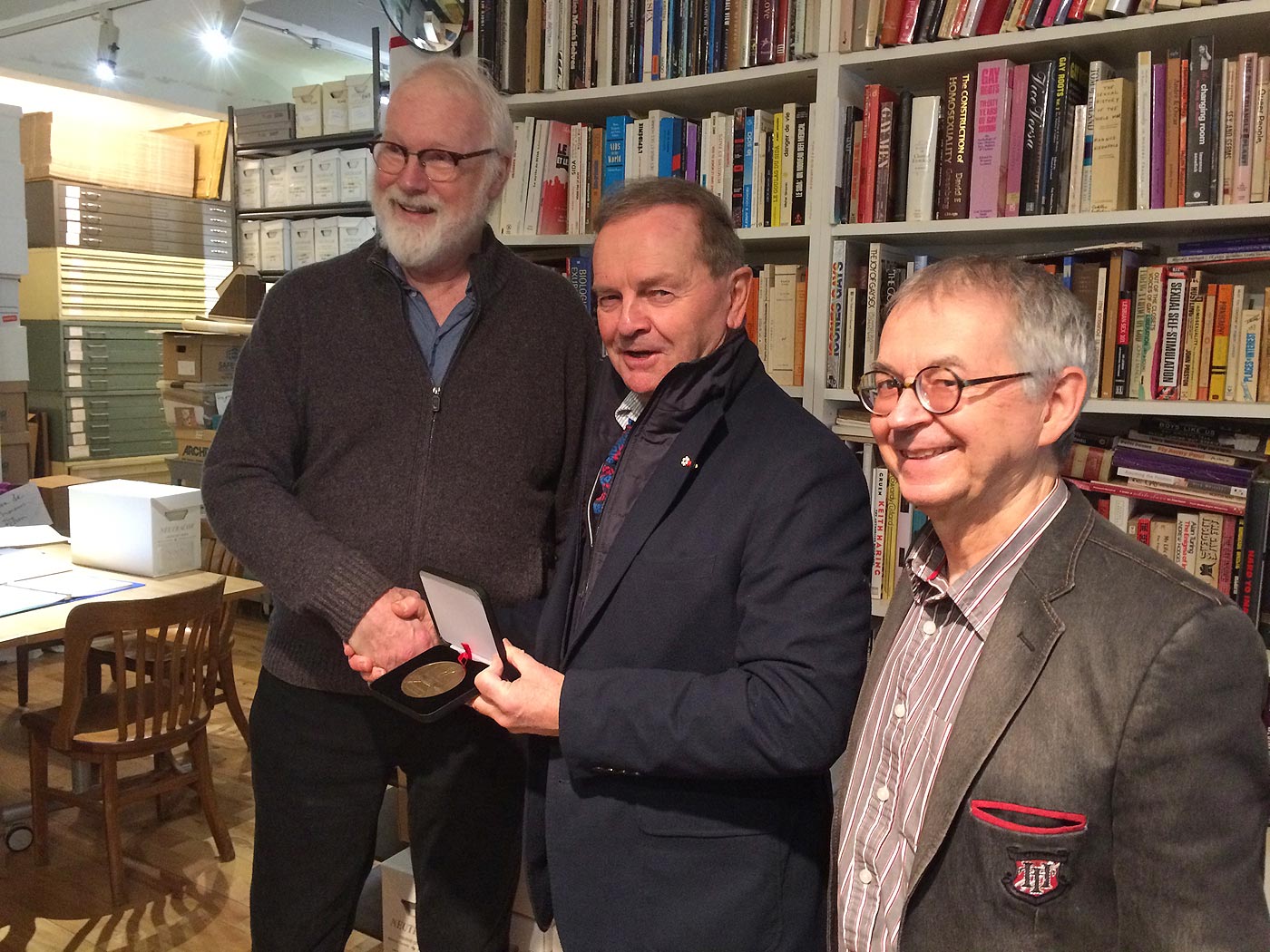 The obverse of the medal bears the Senate emblem and the reverse illustrates the Senate Chamber. A space is provided for the name of the recipient.