An important commemoration and re-dedication

29 Jul An important commemoration and re-dedication 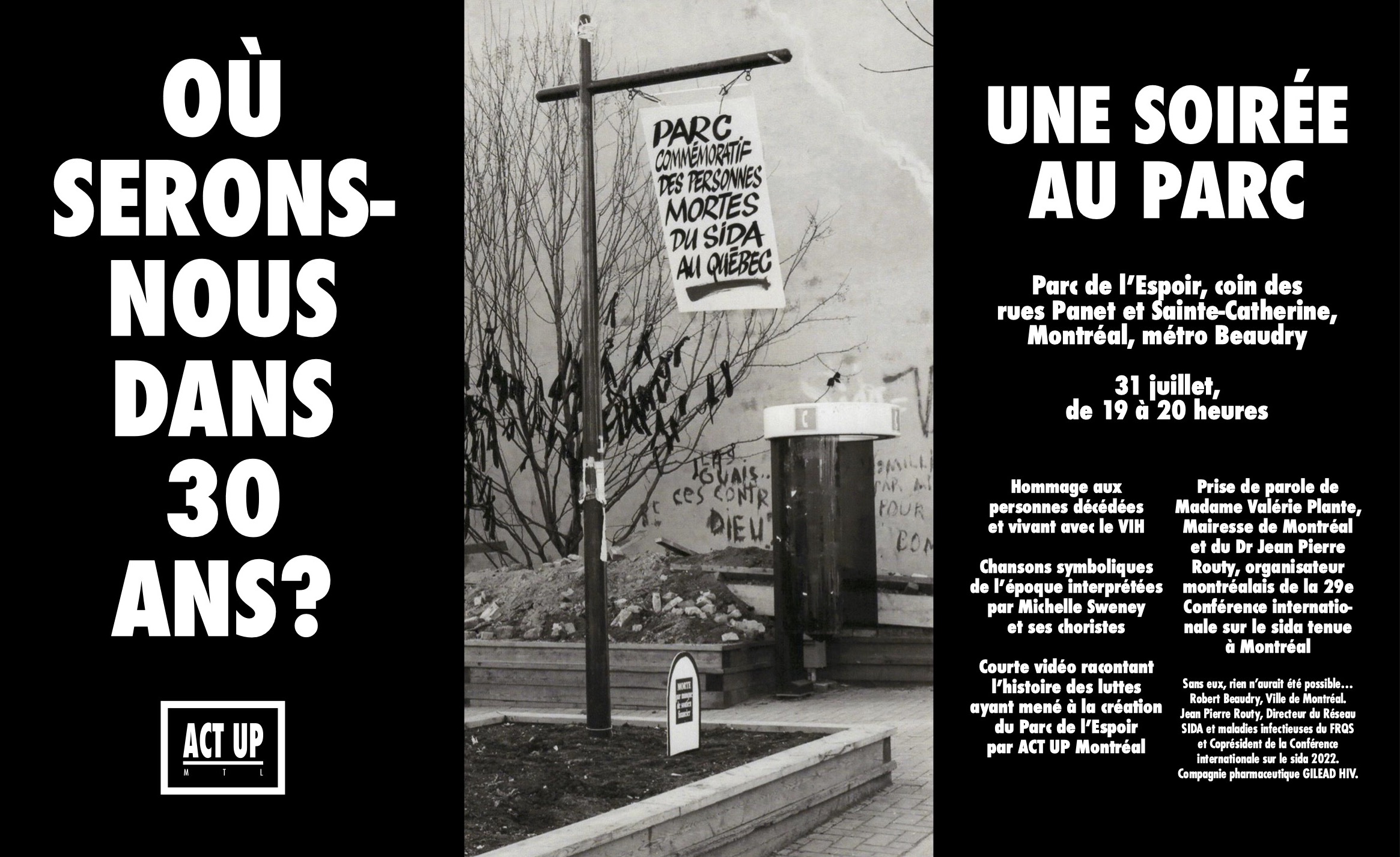 Between 1990-1993, ACT UP Montréal protested the inaction of the Québec government in the face of the HIV/AIDS crisis, and the parc de l’Espoir on the corner of rues Panet and Sainte-Catherine Est is the living monument of their activism.

On July 31, 2022 at 19h00, the Mémoire vivante du parc de l’Espoir is hosting a re-dedication ceremony in memory of those who have died and are living with HIV. The program includes speeches by Mayor Valérie Plante and Dr. Jean Pierre Routy, Montréal organizer of the 29th International AIDS Conference, a musical performance by Michelle Sweeney and the screening of a short film outlining the career of ACT UP MTL, produced in partnership with the Archives gaies du Québec.